The Character of Ropley

Through most of its history Ropley would have been largely self supporting, at least before the arrival of the Alton-Winchester railway in the 1860’s.

By 1939 the village had changed a lot from 1851. Agriculture was still the main occupation, but there was much more contact with other towns and villages. Many people with no previous connections with the village were coming to live here, either those working in Alton or Alresford or those who retired to live in the country.

In the 1991 census the population is given as 1535, and the population in 1999 from the Appraisal is estimated to be 1632 which is a 6.3% increase on the 1991 census, against a 7.1% increase in the previous 10 years. There is a similar growth over the period in the number of households, a 7.6% increase. A high number of households also keep horses (11%), with a further 9% keeping poultry and 4% keeping either sheep or cattle, reflecting the village’s rural nature. 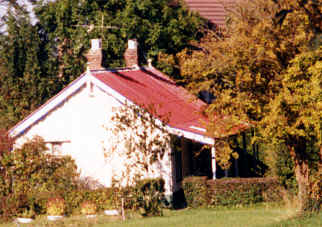 A typical ‘colonial’ — one of the few remaining in Ropley

After the first World War there was little control of local planning, and this period led to the building of houses and bungalows called "colonials", most of which were erected by returning soldiers and intended to be temporary. There are only a few left in Ropley, but there are many still in the lanes around Four Marks. These bungalows, originally built on one to three acre plots of land intended to provide a living for the soldiers, have largely been converted into "executive" housing which has grown up over the last 20-30 years.

Much of the housing is in the form of ribbon development along Monkwood, Parkstone Lane, Stapley Lane, Petersfield Road and Gascoigne Lane. This stems in part from the slump in private ownership after the Second World War, as many of the houses were built for letting and at that time rents were capped at £1 per week. As a result houses could be bought cheaply, eg; the Railway cottages in Darvill Road were sold for £250. Building land was also cheap, with plots on Gascoigne Lane being offered for as little as £150 each.

The application and frequent reviews of planning laws in the 80’s and 90’s has appeared inconsistent. Garage conversions and dormer windows that overlook and affect nobody can be turned down, while substantial housing goes through on appeal seemingly irrespective of whether the positioning and materials are in keeping with the locality or not. Planning committees tend to dismiss representations from local residents or societies that planned buildings should conform to the local style, on the grounds that these matters are too subjective (what is the local style?) or too expensive.

As time goes on of course there is less of an obvious "local style" to conform to, and there’s a danger of the village becoming indistinguishable from a suburban development, as has been the lot of many similar villages. 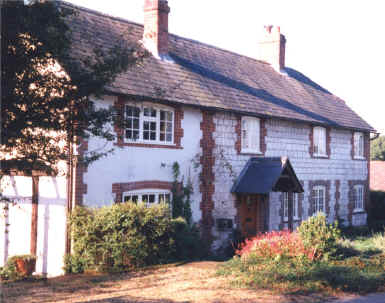 There are two Conservation Areas in the centre of the village where strict planning restrictions do play a role, though they cannot force the extensive overhead wiring to be placed underground, as this was installed prior to the granting of the conservation area status. Some would say that in the relative balance of conservation and expenditure this would be worth doing.

As a result of this housing in Ropley is a wide mixture of the old and new, ranging from the 16th C (some earlier) to the modern buildings seen today, which vary from excellent to poor in the way they blend in with the village. Though the population is approximately double what it was 150 years ago the number of buildings is many times that. Previously cottages would have supported several times the number of people that live in them now, and may have been of the "wattle and daub" construction, without substantial timber framing, which once abandoned can sink back into the earth in a matter of a decade or two. 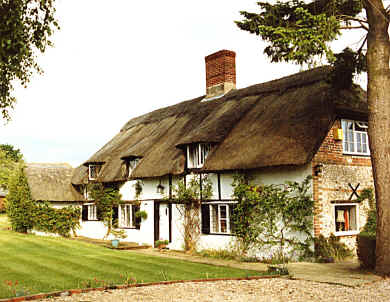 The Old Farmhouse Gilbert Street — circa 1550 with later additions