With some 350 members the Society is the largest in the village, though few play an active part. It was founded in 1985 as a pressure group dedicated to preserving and improving the village and its quality of life and that of the surrounding area. Its purpose is to "promote high standards of planning and architecture, and to educate the public in the geography and history of the area". It achieved a major victory, and some national as well as local fame, when it successfully fought a planning application to build the largest grain silos in Europe near Monkwood in 1987. Its current activities are largely confined to monitoring planning applications, providing school prizes, an annual barbecue, and 4 talks of local interest in the Parish Hall each year. If the momentum of this appraisal is to be maintained it may be the vehicle for the recommendations to be translated into action over the coming years. 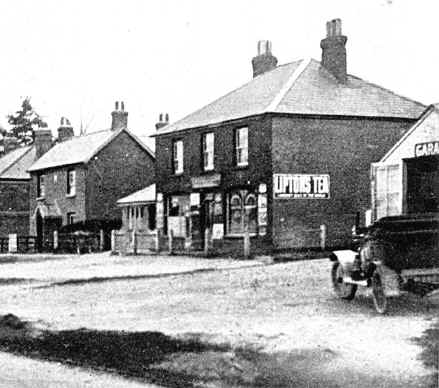 Dene Stores — taken in around 1921. Note the garage to the right.

Both pubs provide good food and hospitality, though there have been several changes of ownership in recent years. 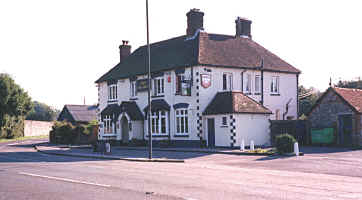 The Thursday evening cricket coaching and other occasions get a sprinkling of drinkers at the Pavilion on the Recreation Ground, which has a licence to serve members (or associate members), and is highly recommended for a sunny summer evening. 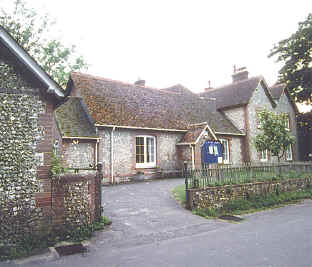 Opened in 1883 by the vicar, Thomas Woodhouse, funded by Miss Hagen, as an alternative to the ale house. Now the Room is the responsibility of a management committee appointed by the Parish Council. Centenary celebrations were held in 1983, attended by Mr Gerald Stogdon, great nephew of the Rev. Stogdon who assisted at the opening in 1883. 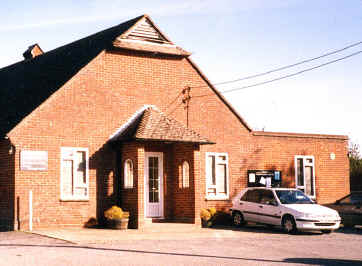 The present site was largely funded by Sir Alan Horne of Ropley Manor in 1936. Regularly used by village societies like the Ropley Amateur Dramatic Society, talks, jumble sales, Church Fairs, wedding receptions, discos, etc. — and, as reported already, is adequate for the needs of Ropley.

The Cricket team used to play in the grounds of Ropley House until it was thrown out for drinking beer, and moved to the Recreation Ground. Established after the Second World War, it is the responsibility of the Parish Council. Major improvements were carried out in the 1980’s, with the provision of the Tennis Club pavilion, the Bowling Club pavilion, and the children’s playground (founded by "ROMPS"). Tree planting carried out in the 1970’s and 80’s with the help of the County Council and prompted by the Ropley Society greatly improved the appearance. 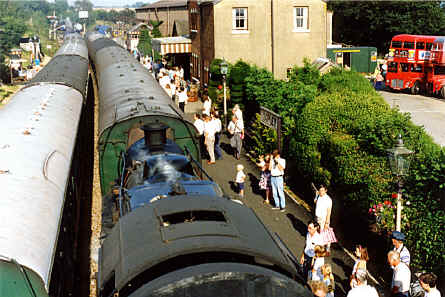 This is a major tourist attraction, and a useful service in its own right, though it does create problems for local residents on odd weekends (ie; those with Thomas the Tank Engine). Regular firework displays with sparks from the engines occasionally set light to adjoining farmers’ fields. 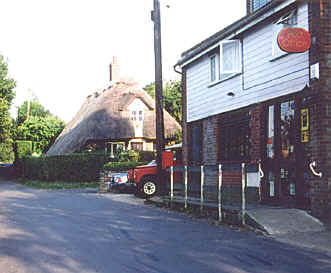 The future of the Post Office has been in doubt, along with many similar PO’s up and down the country. It has moved several times, but seems to have now settled at Pondside Stores.

The annual Ropley Pram race is the main village feature, having been run since 1965. It is organised by a committee of local sports and other bodies.

There’s also the annual 10K run which has wide support in the county, and various village walks, especially the annual Boxing Day walk. This latter is run under the leadership of "Mac" Macinnes and has raised large sums for charity. Little else survives that can be described as a regular "village event".